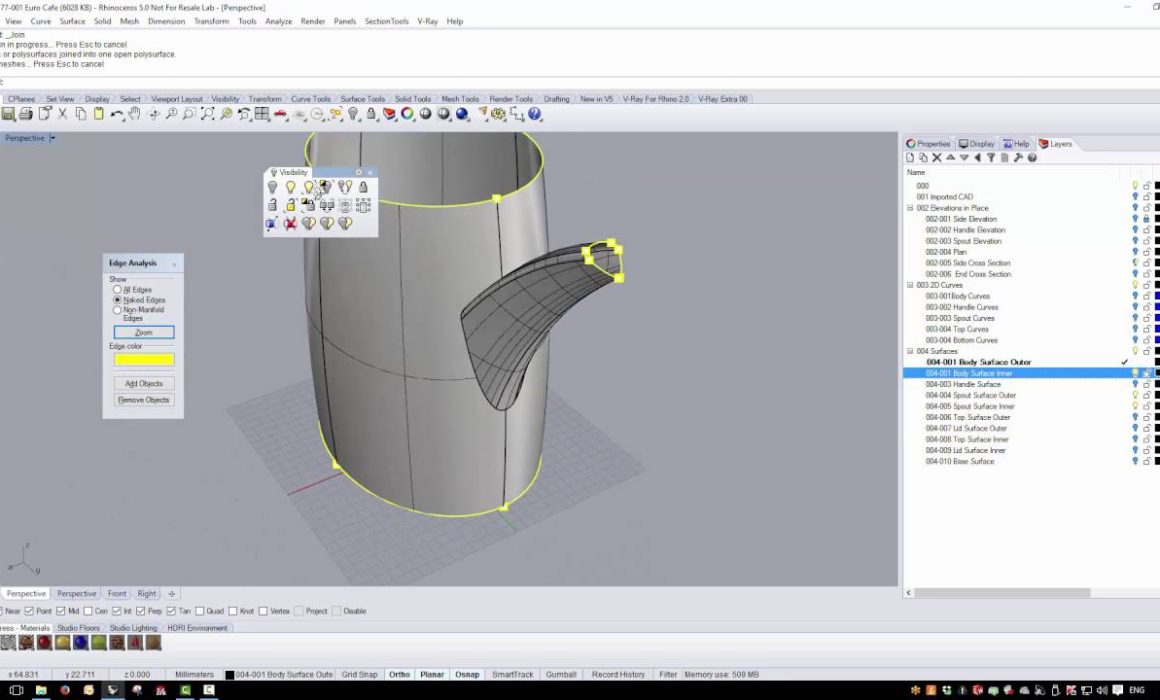 In this final Rhino3d Video Tutorial in our ‘Coffee Pot’ Series we assemble the model into a watertight solid using Rhino v5.

This video series looks at creating production quality surfaces and solids from 2D design intent and focuses on a ceramic coffee pot. In many design disciplines, including the ceramics industry, it’s often the case that much 2D design work is done before being progressed to 3D and this tutorial follows that methodology. The starting point is an existing 2D CAD drawing presented in Adobe Illustrator. We’ll look at bringing the Illustrator artwork directly into Rhino and explaining the key differences between Illustrator’s cubic Bezier curves and Rhino NURBS before moving on to quickly reconstruct some of the major construction curves in Rhino. The emphasis then is on creating high quality surfaces relatively quickly from the minimum of curve input before assembling a watertight solid model suitable for production.

In this third video of the trilogy Phil looks at assembling the model into a watertight solid and makes a quick render using V-Ray Express.